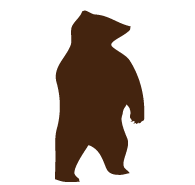 MARK GUARINO‘s book COUNTRY AND MIDWESTERN: CHICAGO IN THE HISTORY OF COUNTRY MUSIC AND THE FOLK REVIVAL will be out April 23, 2023, published by the University of Chicago Press. The book is the first to document the history of country and folk music in Chicago. It spans the decades starting with the National Barn Dance in the 1920s to the alt-country era of the late 1980s and beyond.

“Long before Nashville’s emergence as the country-music capital, Chicago held sway with the nationally broadcast “Barn Dance” and a honky-tonk row of music venues on Madison Street. Mark Guarino masterfully connects the dots between that star-making era to a contemporary scene devoted to insurgent country. This is a definitive and long-overdue look at a vital if under-appreciated thread in how so-called “hillbilly music” evolved and flourished in a seemingly incongruous setting: the hard streets of Chicago.”

The book is now on Chicago’s catalog site, where it is available for pre-order. Many events are being planned in Chicago and the greater Midwest in the spring and summer months. Check back for more details.

Mark’s second book is already underway. The University of Wisconsin Press put him under contract to write his second book. More on this soon.

Mark has an MFA in Writing from Bennington College in Vermont.